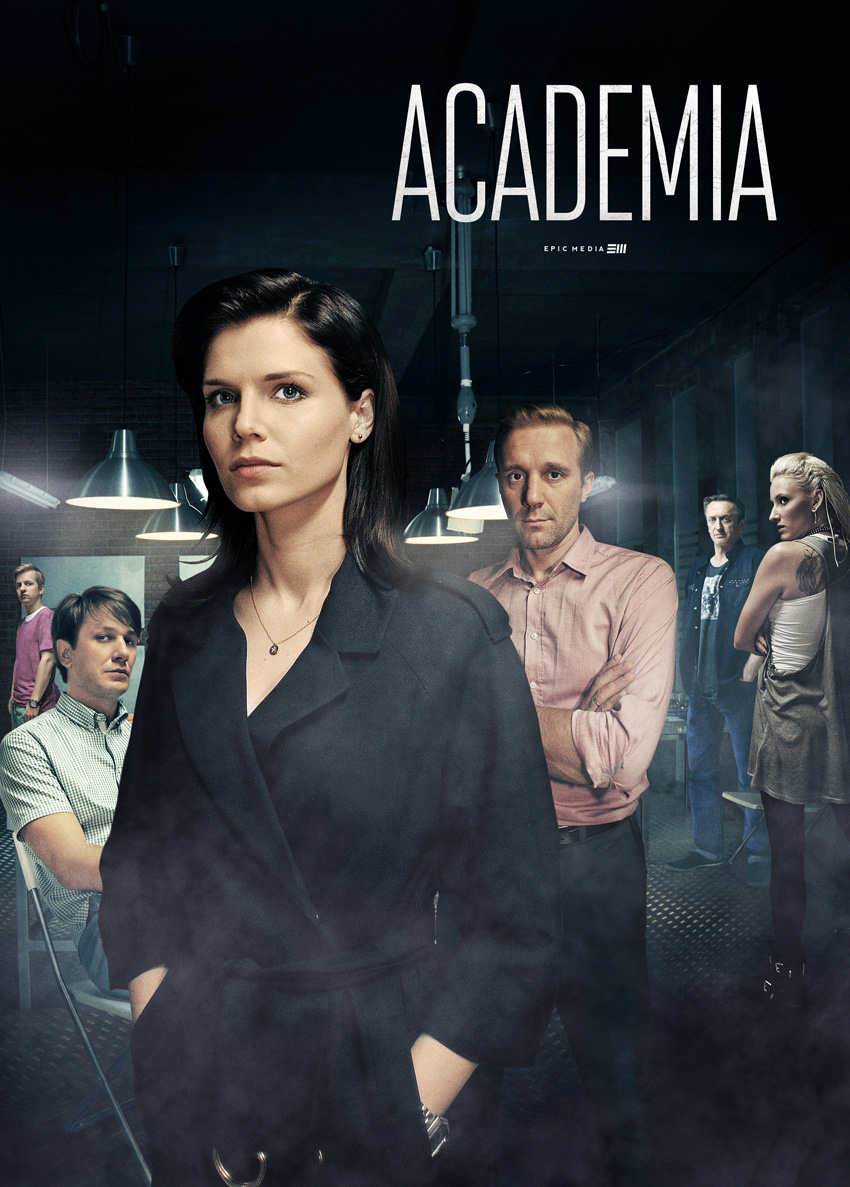 The employee of the Investigative Committee of Russian Federation Anastasia Zorina, during the investigation of a sensational case, applies to outside expert – Cyril Lemke. He is a pathologist and a professor of pathological anatomy, and he is a junior research scientist at the Laboratory of tissue regeneration, in one Moscow Institute. After a successful finishing the RF IC case he decides to create a special investigative expert group ‘Academia’, which will include esearch associates from various faculties of this Institute – Physics, Chemistry, Biology…
Anastasia Zorina is assigned the Department Curator. It won’t be easy for a young Curator to keep in hands Lemke and a company of scientists for whom the search of the truth and the result is always more important than the letter of the law. Especially because she likes Cyril, but he is married…
But it’s worth it – The most mysterious crimes will be disclosed thanks to free and unconventional thinking of the ‘Academia’ team members.